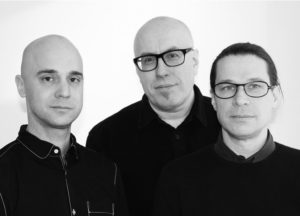 Claesson Koivisto Rune is one of Sweden's most prominent design studios. It was founded in Stockholm in 1995 by Marten Claesson, Eero Koivisto and Ola Rune. They started as an architectural office, but soon became multi-disciplinary and to work on projects encompassing a wide range of design. The studio has won the annual Swedish Design Award eight times and many other international awards.