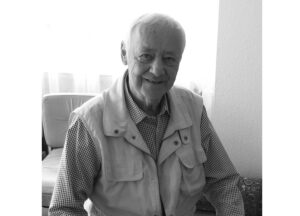 Kai Kristiansen trained as a furniture maker and finished his apprenticeship in 1948. Two years later he was accepted into the Academy of Fine Arts where he studied furniture design under Kaare Klint. In the mid-’50s, Kai opened his own design office and collaborations with Schou Andersen – for whom he designed the famous #42 dining chair – began. Throughout his career, he has been associated with some of the best-known manufacturers, i.e. Kjærsgaard, Fritz Hansen, Tarm og Feldballe. Kai Kristiansen was responsible for organizing a regional Furniture Fair from 1956 to 1965 and from 1966 to 1970 he was the driving force behind the Scandinavian Furniture Fair. Kai is a veteran of Scandinavian design.