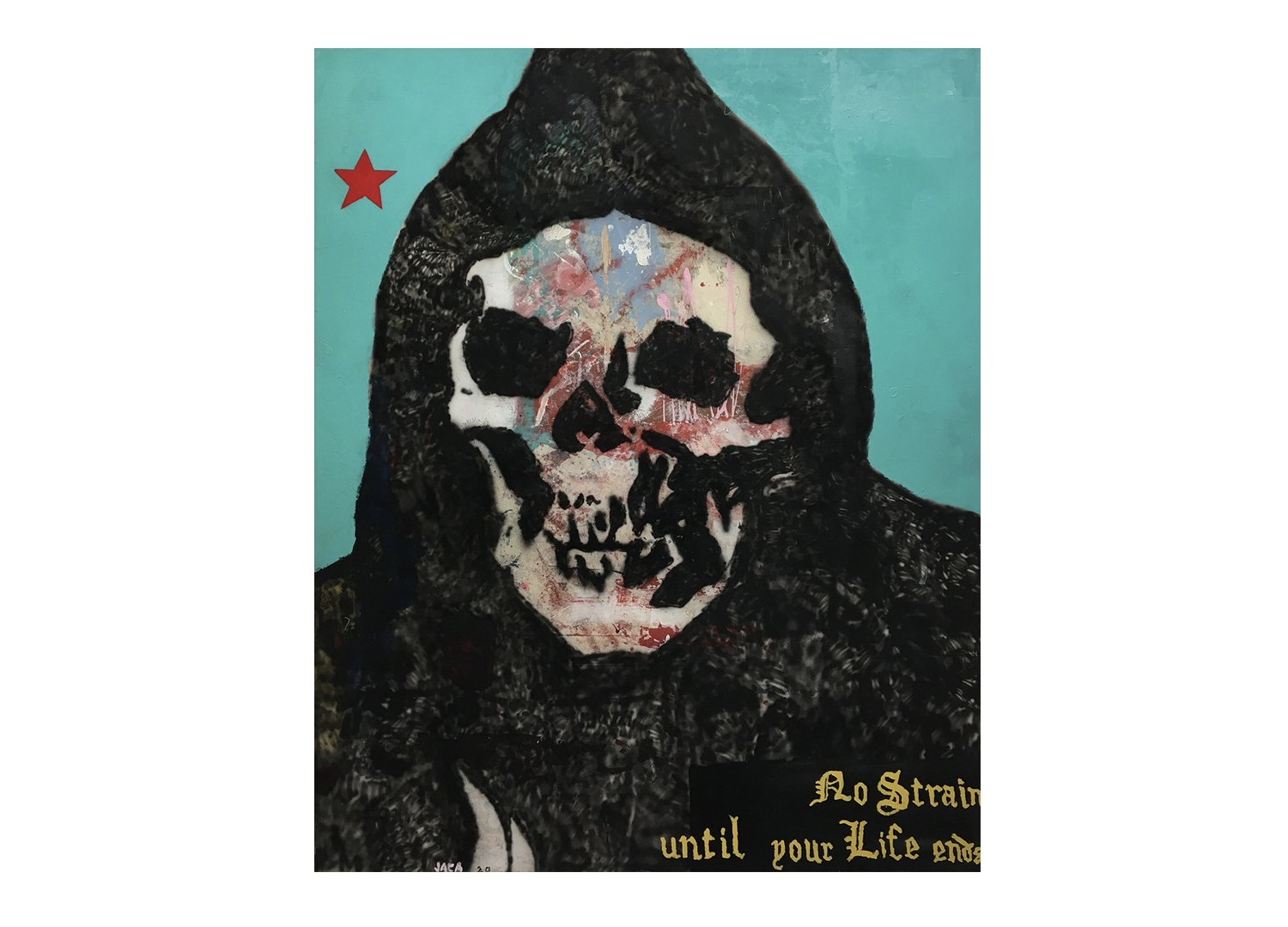 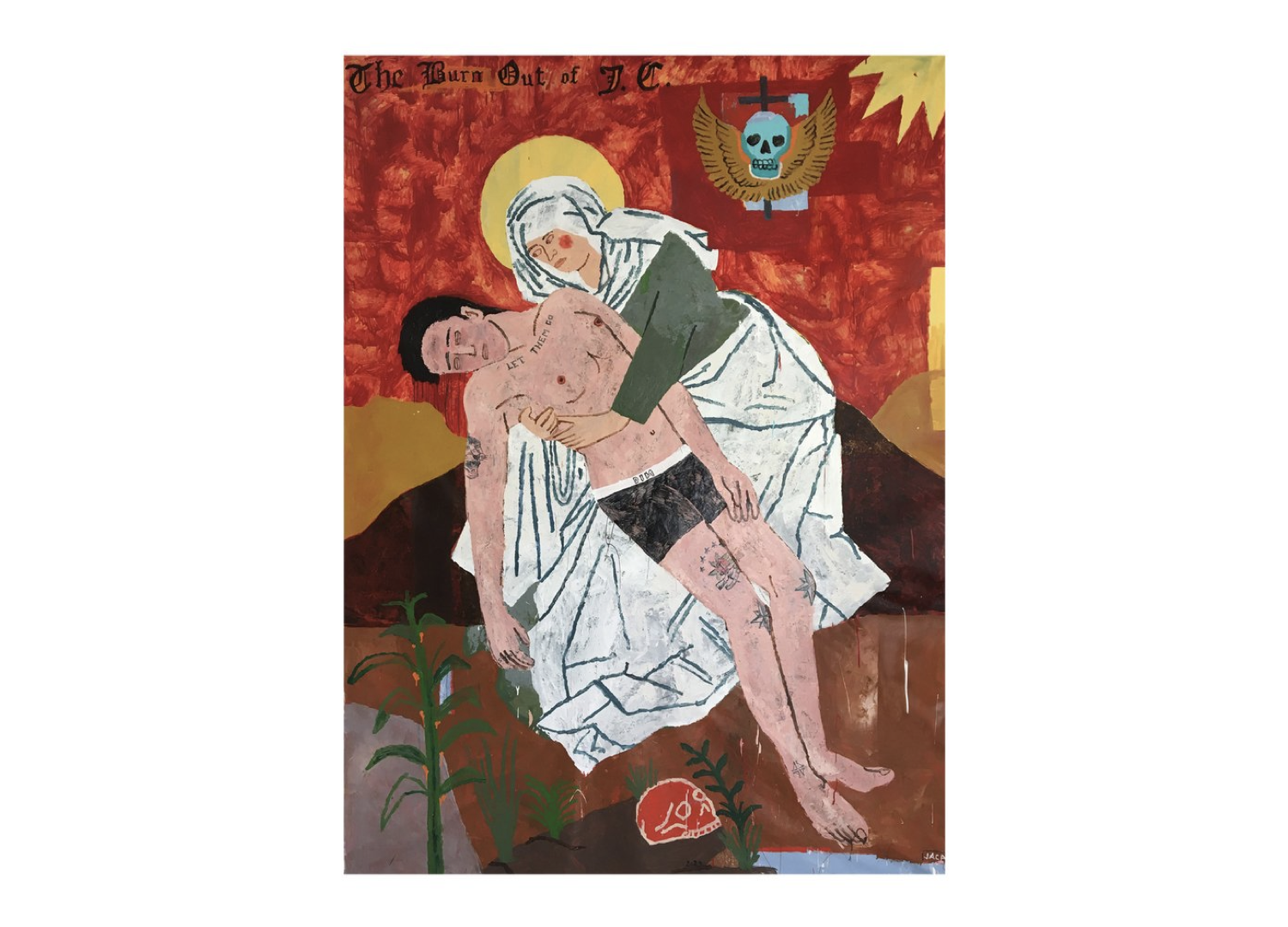 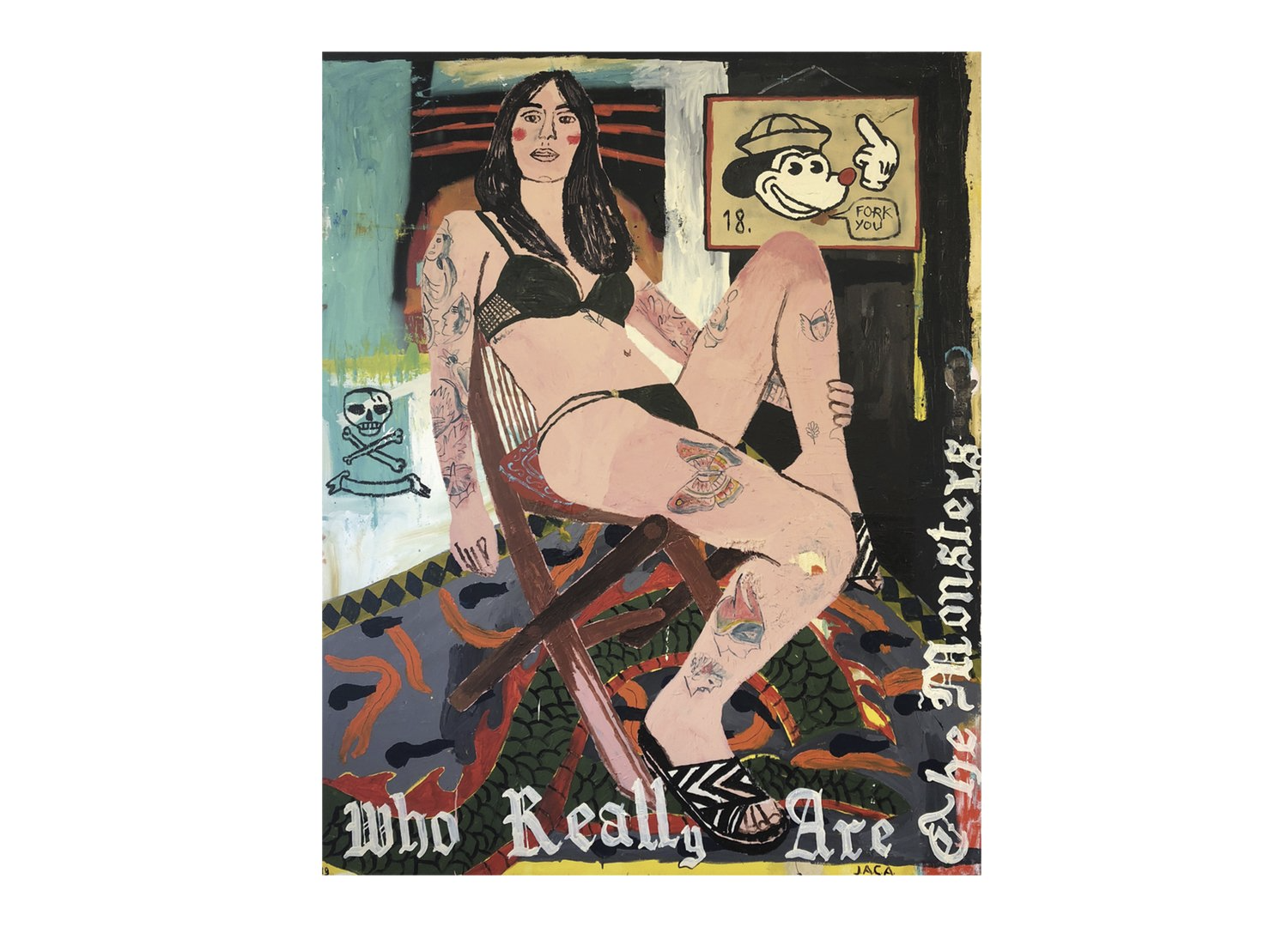 Born in Toulouse, Julien Jaca is a painter who currently lives and works in Hossegor, on the Atlantic Coast in South-West France. Quitting Tolouse School of Fine Arts in 2012, to dedicate himself entirely to a burgeoning career as an international tattoo artist, in 2018 Jaca eventually returned inspired to the world of painting and drawing. In the physicality of traditional art, he located an inimitable, radiating honesty: a rare, pure and spiritual visual strength. He repositioned his focus to fully devoting himself to art and the pictorial experience. A close friend of the artist describes his practice: “Raw, intuitive and disruptive, Jaca’s hand has no specific plan. In his very own cathartic urge, paying no heed to aesthetic perfection, Jaca revisits and hijack outsider art. Under the thick layers of paint, the sedimentation unique to Jaca’s unconscious language also lays the grounds for his experimental process and introduces the part ‘mishap’ plays in his work. Imperfections, overflowing, unfinished parts, covered up but still visible… His personal approach of pentimento takes form. By initiating this deliberately explosive visual rhetoric, both familiar and enigmatic, insolent and serious, contemporary and ancestral, Jaca offers the viewer the choice of a reading as protean and freed as his work.” Described as a ‘myth-maker’, Jaca’s works combine pop figures, archetypal Western cultural imagery with native symbolism and personal, esoteric iconography. Inspired by modern Afro-American artists, such as Sam Doyle and Williams L. Hawkins, as well as traditional French masters like Henri Matisse and Paul Gauguin, Jaca does not inhibit himself from creating diverse images against haloing electrical backgrounds—neither outdated, nor futuristic.
Previous
Pittella Tura Soap Dispenser 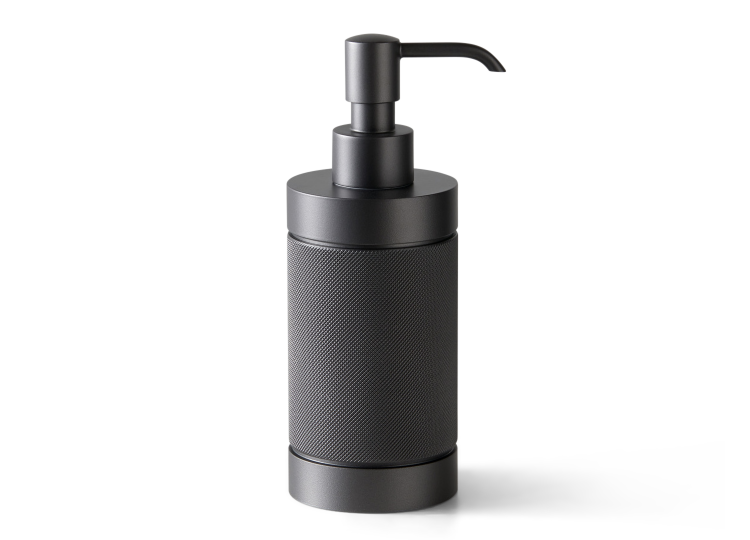 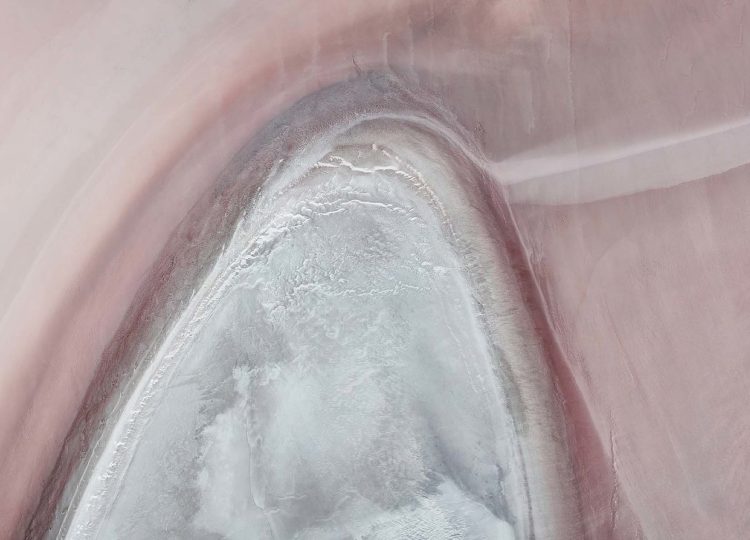 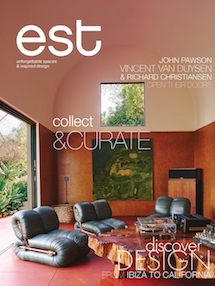